Party at the Fire Station 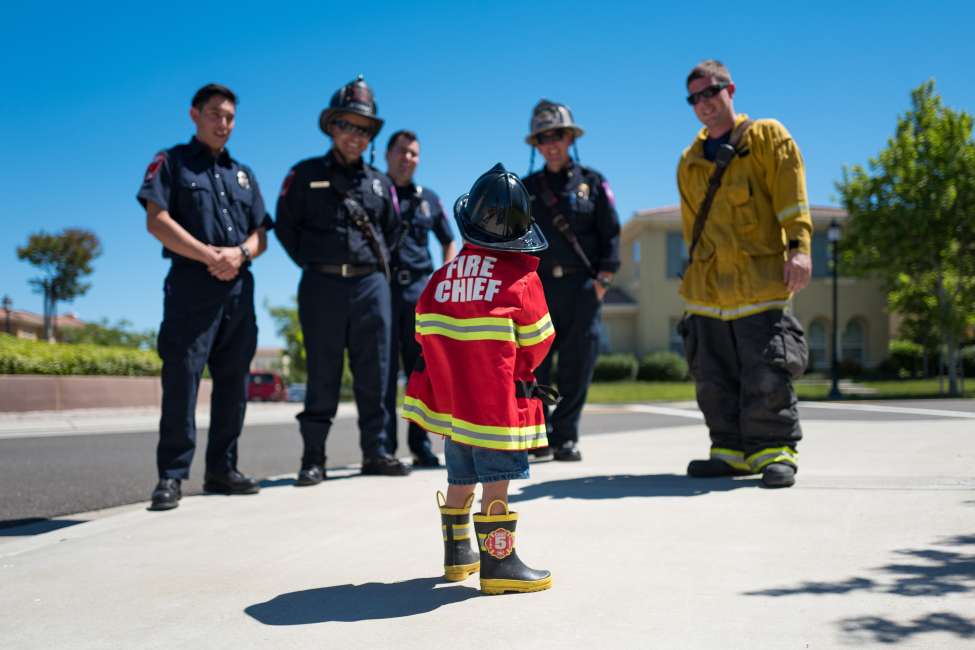 Do you have a child who loves fire stations, trucks, and firefighters? Have you thought about having their birthday party at a fire station? My son had his third birthday party at the Bellaire Fire Station, and it was one of our favorite parties. There was no fee for the party, so I gave the station a donation. I also put together a basket of sweets, fruit, and vegetables for the firefighters. The party was one of the most accessible parties to plan. I called the station to book the event. We showed up at the station a few minutes before the party and had a blast.

I didn’t need to go all out on decorations, which wasted much preparation time. I purchased and provided fire hats for the kids. The firefighters gave us a tour. We toured the fire trucks, the ambulance, and the police car. The kids could see a firefighter dress up in his gear, drive the wheel, climb on the truck, spray water from the hose, and more. After the tour, we walked to the park across from the fire station. We enjoyed cupcakes, played together, and had a piñata.

You can find out more about which cookies we are using or switch them off in settings.

This website uses cookies so that we can provide you with the best user experience possible. Cookie information is stored in your browser and performs functions such as recognising you when you return to our website and helping our team to understand which sections of the website you find most interesting and useful.

Strictly Necessary Cookie should be enabled at all times so that we can save your preferences for cookie settings.

If you disable this cookie, we will not be able to save your preferences. This means that every time you visit this website you will need to enable or disable cookies again.